Over two months of intense gaming reached its goal on thursday 8 july when FRS defended their previous titles by beating TcfC in the grand final (13-6 peaks, 13-11 railyard). We have seen a lot of CoD UO these past months and here are the top performers from the cups.

First we present the players who played the most this cup. Darkfall captain prm topping the chart with a massive 580 rounds. Which is more then 24 maps going the full distance of 24 rounds. 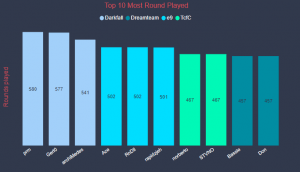 This cup it feels like the importance of not giving away easy death, especially in the beginning of the rounds, has been highlighted. Best player to stay alive? FRS finish star TjEEEBi. Generally a category occupied by many FRS and Dreamteam players. 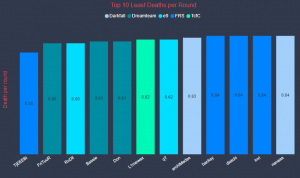 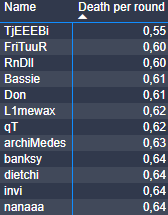 We all love a good fragger. This is probably the chart everyone want to be on top of. Deadliest player of the cup was, just like many times before, hungarian L1mewax who was the only one close to 1 kill/round. A special mention to slovakian tRISKAc who did a phenomenal job for his fragged by. 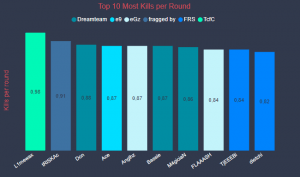 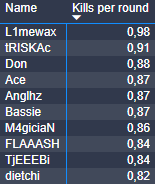 Kill/death ratio is probably the single most important stats since it shows the efficiency of a player. Unless you play in a very weird way you can say that killing more then you are dying will lead to success for your team. Also in this category we see L1mewax on top, closely followed by TjEEEBi. Worth mentioning here is that israelian e9 Enigma rookie qT snatched a top 5 spot in his first ever UO cup. 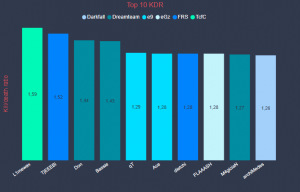 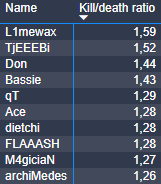 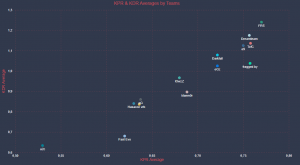 Previous cups the allstar team have been a direct translation of the overall stats (KDR and KPR combined). This time we decided to have the admins vote instead. The stats have been a foundation for the votes, but the admins also took into account what impact the players had on their teams success, and also rating playoff and big games performances higher then for example groupstage. Everyone was in agreement that TjEEEBi, L1mewax, Don and archiMedes had done standout performances for their respective teams and had earned a spot. For the last spot there was a hard battle between dietchi and KarmA and in the end FRS belgian entryfragger came out on top, especially thanks to strong performance in the UB final and being able to lead his team win more high tier games.

And now comes the question. Who is MVP of the tournament? Just like the allstar team it was up to the admins to vote. In the end it came down to two players. TjEEEBi or L1mewax.

In a very close call the majority of admins voted for … TjEEEBi!

L1mewax had a fantastic tournament and was on top of all the charts – especially being phenomenal in the playoffs two times versus Darkfall. In the end the strongest argument for TjEEEBi being more valuable is that he was able to lead his team to the trophy.

In the grand final the finnish star was the clear dominant player on the server. Both had their moments during the cup and played on an incredible high level.

The admins have also decided to hand out two prizes to people that have done a lot of work for the community. We want to show our appreciation to these people since that is what keep UO alive and growing.

Dietchi is rewarded partly for his quality streams that have been such an enjoyment for the whole scene ever since he started them. He is also upgrading them from cup to cup to make it even better. The admins also want to acknowledge his casting colleague xratEd for doing a wonderful job together with dietchi. Furthermore dietchi is also hosting the Family Cups and making sure people have great fun in between the cups and build tighter connections between players.

Anglhz have been the rock for us in the admin team when it comes to updating the PAM. No request is to small or large. He helps us with everything, and he helps us fast. Without him things would not have been able to run this smooth, and he is also already helping us with the future PAM, which is already running on eGz server.

Our sponsor UVI Gear have been able to provide us 2 gaming keyboards and 1 gaming mouse. MVP winner TjEEEBi will get to pick which prize he wants first, and then whats left will be sent to Anglhz and dietchi.

Thanks once again to UVI Gear for being a great partner this cup to us.

With that being said we would like to round off this cup, thank all players for participating and hope we will see you around after the summers when we will plan for another cup during the fall.