lOwzZ clan holds on to a tie on Peaks and eventually edge out Fast Evolution on Arnhem for the win.

In one of the most disputed matches of the 4th edition of the Reborn Cup, the lOwzZ clan’s second team managed to squeeze a 26-22 victory over the Fast eVolution team despite a stellar performance from f’EPIXOR, who dropped the tournament’s first forty-burger.

Player of the match distinction went to f’EPIXOR’s, whose 41-15 score helped Fast eVolution to a 12-12 tie on Peaks, the game’s first map, establishing the best individual player performance of this tournament so far.

With a slew of round-saving kills, f’EPIXOR crippled lOwzZ attacks on both Allied and Axis sides, helping keep his team in the run for a win, as the first map went back and forth, with both squads holding the lead multiple times before settling on a stalemate in the end.

Tactically, most of the action took place on the main street and adjacent buildings. Surprisingly, both teams rarely chose to go with the back alley behind the A plant. When they did, both the Axis and Allied had success as they saw little resistance and caught opponents off guard, yet, none stuck to the tactic more than on a few rare occasions.

A heated moment took place towards the end of the round when one of the Fast eVolution players accidentally abused the Burnt House bug. After a short discussion, both teams dropped their quarrel after admins pointed out that abusing the bug was not specifically listed and prohibited in the rules, and the game quickly resumed with no further discussions.

On the second map, lOwzZ earned a surprising 8-4 lead despite playing the universally-hated British side.

A factor in their success was their constant nade rains that delayed Fast eVolution’s German side set defensive positions in time.

As match commentators pointed out, this allowed lOwzZ players to cross the middle street with little resistance on most rounds and sometimes led to plants within a round’s first minute.

The scheme, which yielded a great tactical advantage, will most likely now be replicated by other teams, most of which almost never practice or play the Arnhem map in either official cups or friendly games. 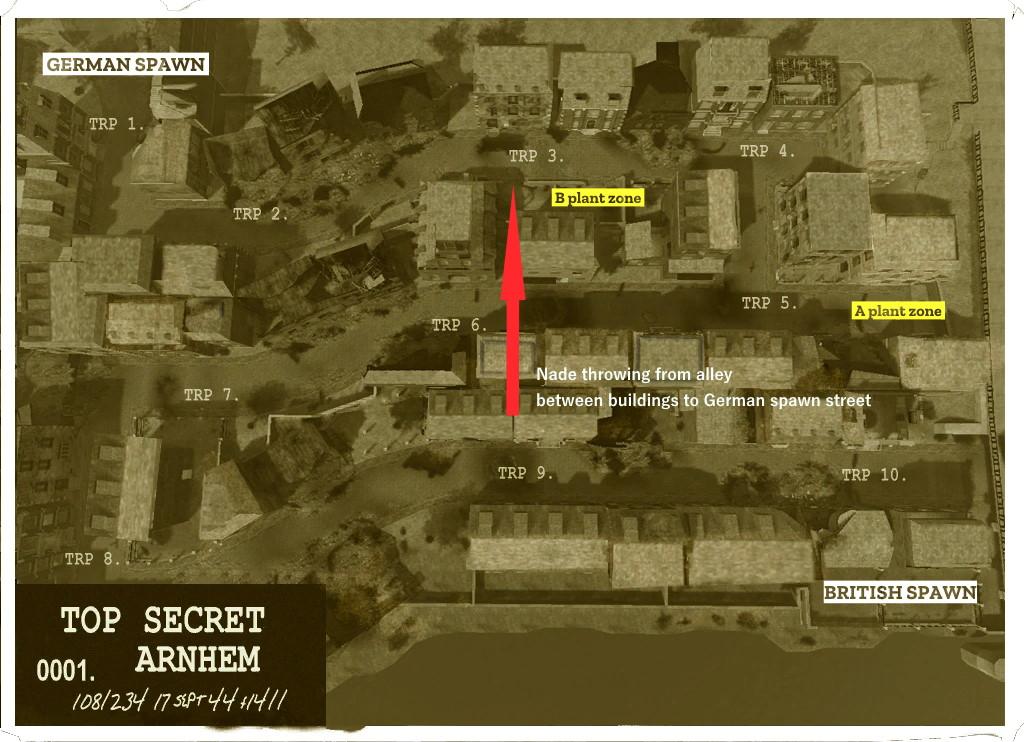 Surprisingly, there were little to no sniper or rifle battles on the long main road, as we’ve usually seen in past Arnhem matches.

Most of the bomb plants took place on the B spot, primarily because A only provided cover on one side of the street, which made it easy to root out and chase down the planter by the defending team.

On the other hand, the B bomb plant, which offers loads of cover in all directions, resulted in some very disputed battles between the two teams all game.

As most pro clans don’t play this map on a regular basis, Eternal Fire, COD UO’s third-ranked killer of all time after Roof and Ledge, also made an appearance taking a chunk out of some players’ health at inopportune moments.

However, f’EPIXOR wasn’t able to replicate his initial score on the second map as well, and Fast eVolution never recovered from the early lOwzZ lead.

Nonetheless, the Czech-based team pushed the match point to the second-to-last round, the farthest any game has gone this tournament.

After Monday’s game, lOwzZ team 2 has now gained 6 points in the Group B ranking and gets to keep its playoff hopes alive. Fast eVolution remains with 3 points from its earlier win against Variable Skill.

Former Call of Duty United Offensive players who’d like to join teams and future tournaments are welcomed on our Discord channel here: https://discord.gg/RPV86sR

The lOwzZ vs. Fast eVolution game was also live-streamed on Twitch by everyone’s favorite commentators Dietchi and Xrated, two members of the First Recon Squad team, and is available as a recording below or on Twitch, here.