This past Wednesday, we saw the meeting between two top-tier clans in a game that saw the e9 Enigma Clan defeat Hungarian team iMMORTALiS 25 to 22.

The game was like none of the other matches in the tournament so far, most of which have been rush-fests or blown-outs. The match-up —played on UO Carentan and UO Depot— was a slow game where both teams adopted a conservative approach.

Both teams moved slow, spread players all over the map rather than overwhelm a certain zone, and both relied on individual one-to-one duels against their opponent to create, rather than exploit, a hole in each other’s defense.

With a line-up of rapidzjeh, Ace, King, kARMa, and meGla, e9 was far more successful than iMMORTALiS at the beginning of the first map on UO Carentan, a quick start that, in hindsight, appears to have given it the victory.

e9, playing the Axis side, took an early lead, which it used to keep iMMORTALiS at bay until the end of the map, which they secured with a 13-11 victory.

Things took a similarly slow pace on UO Depot, where both teams were equally matched in terms of personnel. While L1mewax delivered as usual for iMMORTALiS, leading the score chart on both maps, his performance was not enough to overturn e9’s two-point advantage on UO Carentan.

In the end, e9 secured a 12-11 score on UO Depot, which gave it enough points to reach 25 and secure a victory against one of the main favorites of Group A.

With this week’s victory, e9 shores up its stake as one of the main favorites to win this tournament. The top-dog position is well deserved and is also the result of the time the team has been putting in the cup and its preparations. Over the past weeks, e9 has consistently been the only team that usually met in servers hours before a match to prepare tactics and strategies.

The e9-vs-iMMORTALiS game was live-streamed on Twitch by FRS.dietchi and FRS.xratEd and is also available on YouTube.

At the time of writing, the Reborn Cup’s group stage is also in its final day of games. Since not all games have been documented in a news piece or have been live-streamed, below are the results of recent matches:

Two more games are scheduled in the fourth edition of the Reborn Cup’s group stage, one in each group. In Group A, we have POKERFACES vs iMMORTALiS, while in Group B, we have abearth vs FRS. Both games will decide the group winners. The group rankings, before these last two games are below. 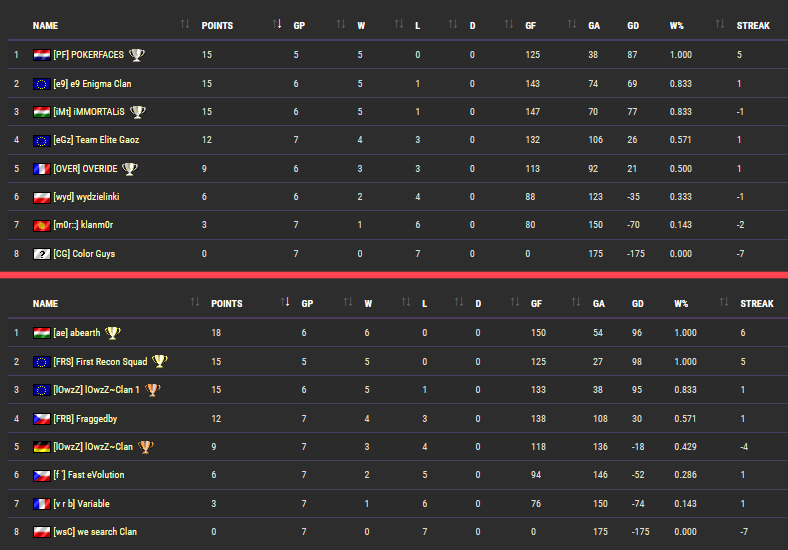